"A sweet valentine for super-fans of the much-missed Mary."
—-- Emily Nussbaum, author of I Like to Watch
"Bernstein's dazzling and insightful celebration of this pop cultural marvel is pure delight."
—-- Karen Karbo, author of The Gospel According to Coco Chanel
"An affectionate tribute and a genuinely informative cultural history -- and an all-around triumph."—-- Meghan Daum, author of The Problem With Everything: My Journey Through The New Culture Wars
"As entertaining as Chuckles the Clown's funeral. If you're a fan of the show, you'll know that's high praise."
—-- Michael Schneider, Variety
"The Mary Tyler Moore Show is a classic because it remains as relevant and delightful today as it was when it was brand new. This carefully researched and bouncily written book makes it very clear that there were real human truths below the entertainment and the laughs. Toss your hat high and enjoy!"
—-- Shawn Levy, author of Paul Newman: A Life
"A compulsively readable history of a classic TV show . . . Bernstein's book brilliantly breaks down how jokes and plotlines from the Me Decade still hold life lessons for those of us trying to survive in modern times."
—-- Josef Adalian, New York Magazine's Vulture
Read More Read Less

A deluxe boxed set of four hilarious yet heartwarming autobiographies from your favorite Golden Girls. Celebrate The Golden Girls with this handsome set, including four… 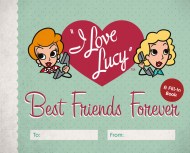 Show your best pal how much she means to you with writing prompts inspired by the adventures of the original dynamic duo,Lucy and Ethel.This interactive…

Friends: A to Z Guide and Trivia Deck

Test your expertise on Friends -- all of the characters, food, Central Perk, quotable lines, funny moments, and awkward situations -- with this one-of-a-kind trivia… 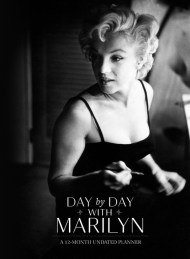 Day by Day with Marilyn

Bring Marilyn Monroe's glamour and personality into your own world, day by day. This stylish 12-month planner includes:Notes on happenings in Marilyn's life on given…