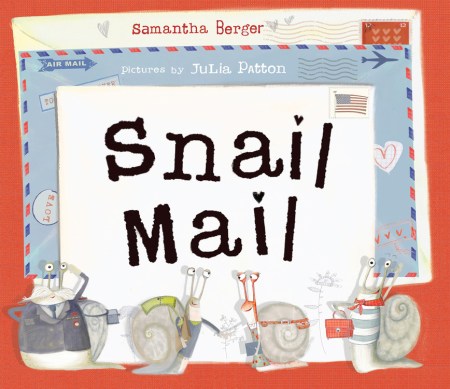 
A long, long time ago, before email and texting, the mail was delivered in a much slower way-it was called Snail Mail (because some thought it was delivered by a snail). Although it took much longer, everyone agreed that letters were a little more special when they were delivered by Snail Mail. They might be handwritten. They might include a drawing. They might even contain a surprise inside! One such letter was sent by a Girl to the Boy she loved, and it was up to four special snails to deliver her card across the country. The snails trek across the country-through desert heat and dangerous blizzards, across mountains and plains, through cities and forests-and along the way, they find that taking time to slow down and look around makes the journey all the more beautiful.

Snail Mail‘s playful and educational story encourages kids to have slow living, and to approach life with determination and wonder. Julia Patton’s rich illustrations showcase America’s diverse terrain and national monuments from coast to coast. Kids and parents alike will delight in this celebration of America’s beauty and the power of a simple handwritten letter. 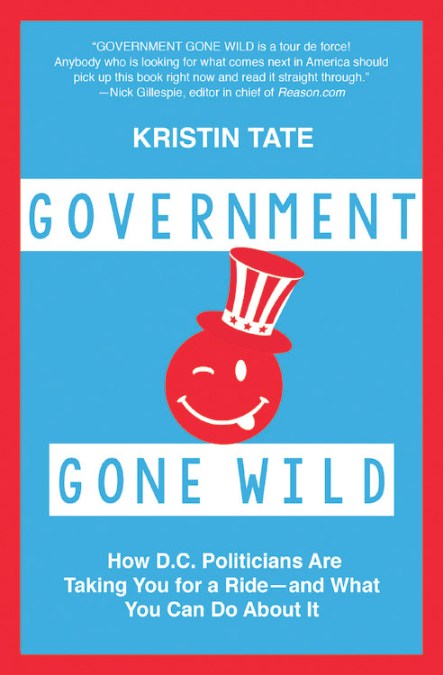 by Kristin Tate
With humor and a modern perspective, young conservative journalist Kristin Tate points out what’s broken in our government and shows readers how they can fix it.
Do you really think you’re “free?” #LOL.
D.C. politicians ship our friends and family overseas to fight in wars we shouldn’t be fighting. They monitor our emails, record our phone calls, and peer into our snail mail. They spend our hard-earned cash on things no disciplined family would buy. They tell us who we can marry and what we can put in our bodies. They throw us in overcrowded prisons for smoking pot. They take lavish trips around the world, staying in five-star hotels… and it comes straight out of our paychecks.
This isn’t freedom.
Government Gone Wild is a brash, bold ride through the carnival of absurdities that our broken system has become. This isn’t about Democrats vs. Republicans… it’s about inspiring hard working Americans to give a damn so we can take our country back. This is your wakeup call. You’re not anywhere near as free as you think you are – but you can be. We’re not as prosperous as we once were – but we can be.